My Fingers Fly → Owl Eyeglass Holder 6 hours ago
Thank you

My Fingers Fly → Owl Eyeglass Holder 6 hours ago
Thank you

Ruth → Melange Crochet Tunic with Fancy Sleeves 10 hours ago
I especially love the sleeves so dainty and delica...

Jenny → Crochet Vest 11 hours ago
Beautiful. I'd like the pattern please. 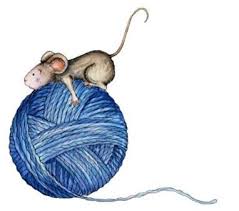 Make any basic hat you like, then you will follow the instructions to make Titan Go characters.

After the hat is made, add about 10 rows to the back, decreasing in each end, to extend her hair. Finish with a sc boreder adding picot sts to give a hair like appearance.

ch 10, sl st, sc, hdc, dc in rest to top. Work around other side in back loops to make the same pattern.

(Work it backwards) Sew to front of hair.

ch 20, hdc in ea st on both sides (in back loops also) Sew to head in front of ears

Start small at the top and increase all the way down to make the hood. Start with a magic ring and 6 dc inside. It will take quite a few rounds but you'll get it to the proper size if you keep gradually increasing. The number of rounds depends on the size so plan ahead with measurements to avoid starting over.

Once you get to the face area, make the proper color changes so her face has an M shape for the shadow. Be sure to use white in the center of the last 3 rows to make her nose and mouth area.

Using your basic hat pattern, make the proper color changes to separate man and machine. Half of the head will be brown and half will be sky blue. When you get about 4 rows from the bottom, drop the blue and pick up grey.

Same as Robin. Make one all red.

Using your basic hat pattern, make the appropriate color changes to separate the face and hair. Start with about 20 peach sts increasing on each side until you end up with 24.

Same as Beast Boy but make 3 large spikes for the back, 2 medium for the middle, and 1 small for the front.

Using you basic hat pattern, make appropriate color changes between kelly green and lime to separate the face from the hair. Basically the back is dark and the front is lime.

Magic Ring, work hdc sts in a spiral to make the ear. Use dc and chs to make them pointed.

ch 14, dc in 2nd and ea, work around the other side in back loops also. stitch to head in front of ear.

Make triangles in various lengths. Start with a MR and use dc sts throughout, increasing to form hair spikes. Make 4, each one row longer than the last.

Stitch on nose and mouth, make sure you include his signature tooth. 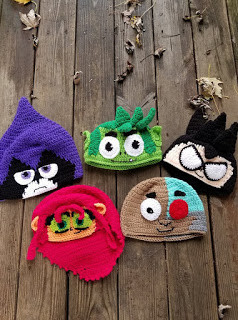 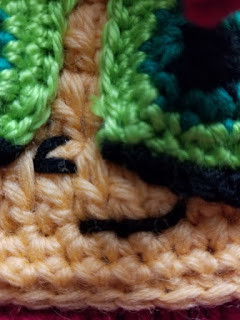 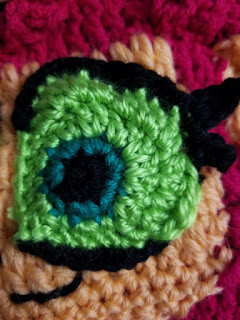 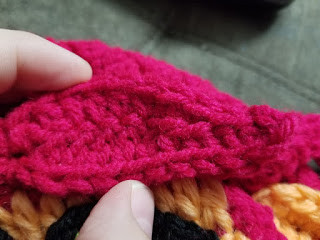 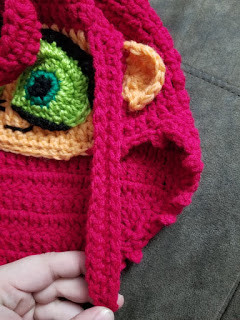 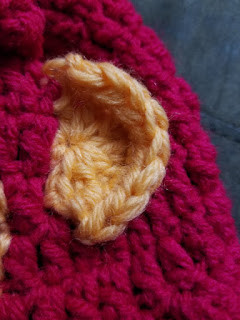 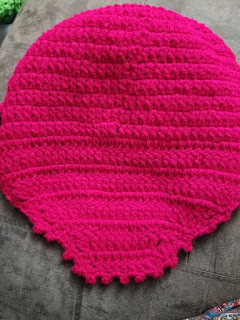 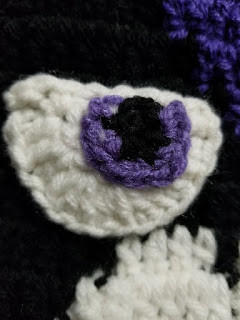 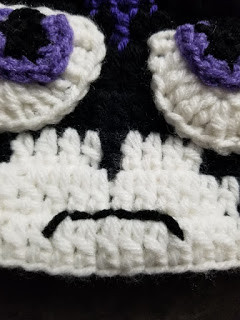 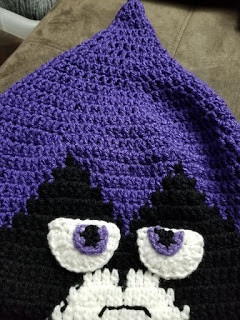 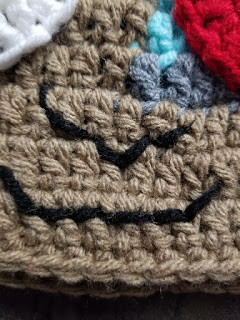 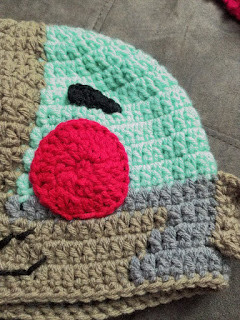 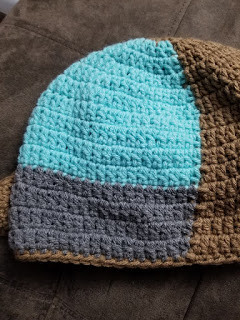 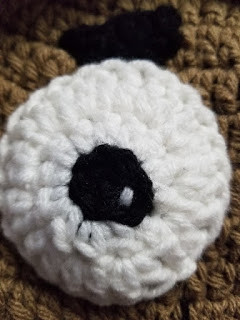 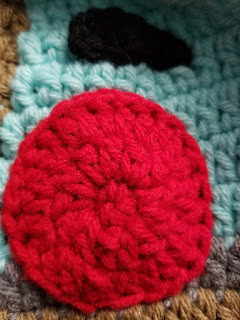 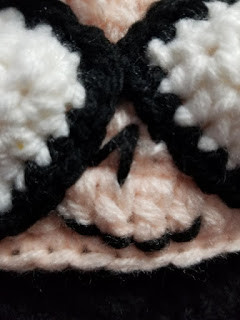 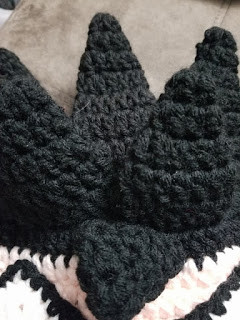 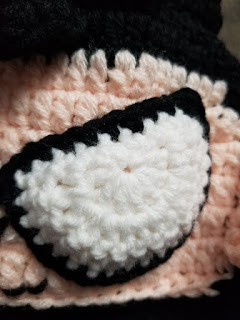 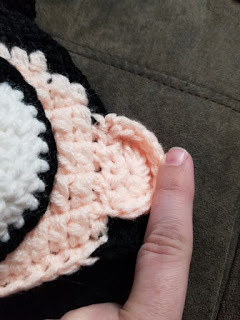 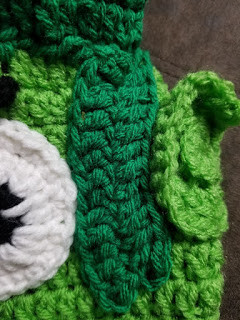 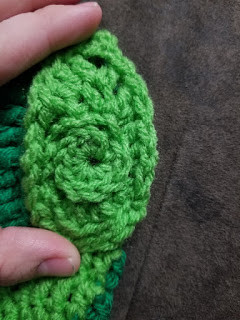 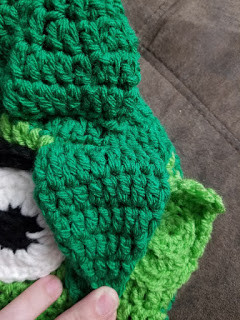 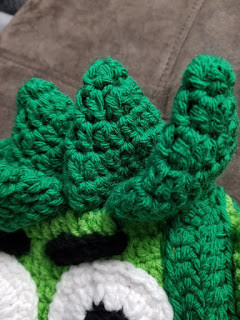